This entry comes quite a bit later than I foresaw.  The handiest excuse I have is laziness of sorts; Dany got sick and caring for the munchkins tired me out too much to be of much use in the evenings.  In any case, the events of the past week, though a tad disjointed, encroach on my mind… 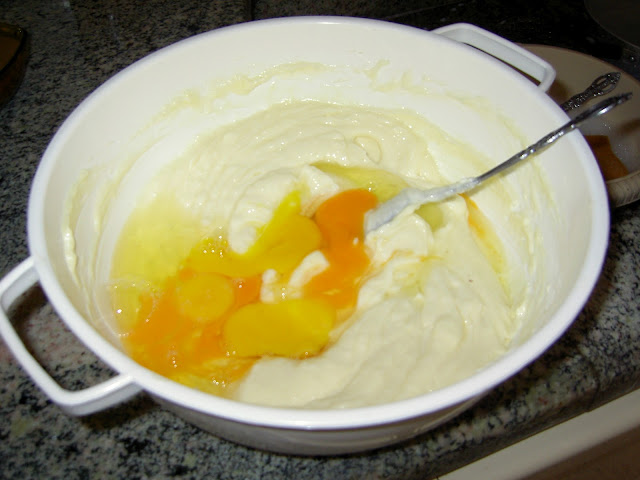 My birthday came and went last week.  Perhaps it may come as a surprise, certainly a revelation I have just realized, but I believe that I dread my birthdays.  Certainly not because of the increasing age they signify.  I think a childish expectation of grandeur was built up surrounding that day and the inevitably ensuing failure to answer has made me somewhat unhappy on many occasions.  I am currently surrounded by people who either have no expectation for anything (much less a wish of many returns) but who often don’t even know their own birth date.

This birthday was quiet.  I managed to get through it relatively unscathed and was happy to “greet the morrow”.  I baked a cake - a cheesecake.  A chocolate and vanilla cheesecake to be sure!  It was a triumph of sorts since I lacked many an apparatus and ingredient.  No spring-form pan, no wax paper, no vanilla, a foreign sounding cream cheese, no graham crackers.  Despite all this, the cake, if not as attractive in stature as cheesecakes are normally wont to be, was delicious! 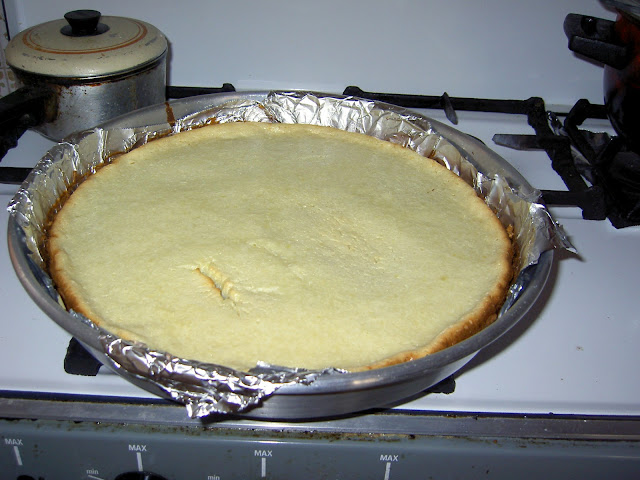 I must comment on something before continuing.  Note the colours of the eggs in the photo above.  Most of them are actually a rich orange.  This is because, as most of you will know certainly where I didn’t, the chickens are what we call “free range chickens”.  Since they’re able to eat a varied diet of insects, grains, and seeds, their eggs have less cholesterol and more nutrients than otherwise.  This accounts for the colour.  And for my subsequent happiness at eating anything containing those eggs!


After my birthday came our anniversary.  Five years!  We had a nice dinner with the kids at Patrick’s Pizza.  Then D and I went for ice cream after the monkeys were asleep.  It was simple and sweet, just like my husband.  I am so thankful for him.  I had a little soliloquy all planned out in my head; a tribute to my other half if you will.  But some things are sometimes better whispered to the flowers than shouted from the treetops.  This, I feel, is one of them. 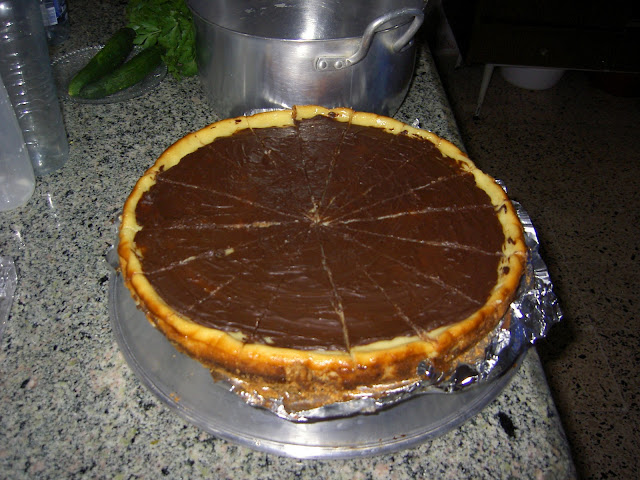 Yesterday the heat wave finally broke.  From the 40s, we plunged to about 30⁰C.  It was glorious.  Not only that, but deliciously gray clouds blanketed the sky for most of the day, shielding us from the sun’s burning gaze.  We sat comfortably in the house, stopped by to see some family and generally found ourselves more inclined to activity than previously.

In the blessed cool of evening we visited a new monastery.  The buildings were not complete, but they rose determinedly, gracefully from the mountainside; a testament of zeal, faith and longing for the Creator.  The cold mountain air invigorated our bodies and the soft chanting of Vespers restored our souls.  It was an altogether ideal summer day, in my opinion.

In a brief parting snapshot of family news: the kids are growing.  I mean they are really sprouting like beanstalks!  We’ve had to buy new shoes for both of them since we arrived.  Not so impressive, except that we just bought them shoes before we left – and it’s only been a month and a half since then!  I am also growing taller – sideways that is.  It is impossible not to lose weight when you are accused of eating disorders if one doesn’t gorge oneself both at meals and betwixt.  Impressively, D is as thin as ever.  Why, oh why, does he get all the good genes?