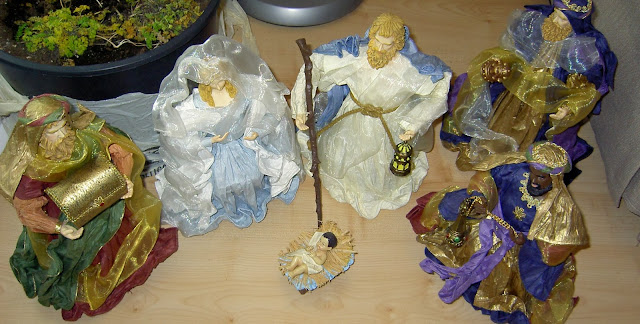 Today is St. Nicholas's Feast Day.  For some reason, this is about the time we bring out our Nativity figures, decorations and festive hymns and carols.  It is the start of all Christmas preparations, baking, crafting and making.  I actually don't think we ever made it an official tradition.  To me, St. Nicholas is Father Christmas.  He brings Christ's Nativity to our minds so profoundly.  We can't help but stop what we're doing to stand in our hearts by the manger and contemplate with wonder at the King of Heaven become a helpless child. 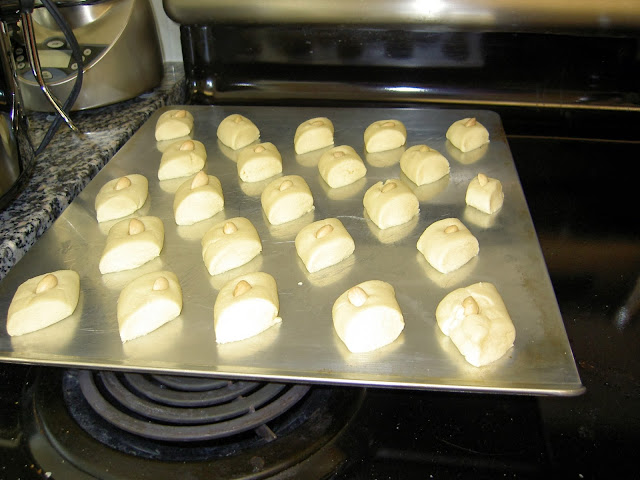 This is a feast especially for children.  Ours love the Nativity creche.  Too much in fact.  With all the ball playing, stampeding and general mayhem, we really considered putting it away for this year.  But it's still here.  And every now and then, if you look over, you will see a little one sitting in front of it, gazing at the Child in the manger, or holding His Mother carefully in two hands.  (They have to be touched, don't you know.)

In other non-Christmas news, I am happy to report that the poster of the solar system is done and waiting to be laminated (which might actually take longer than the poster to finish).  M has been asking a lot of questions on the stars and planets, so I figure it's as good a time as any to bust out something visual for the little guy.  He is our little academic.  He is loving school and absorbing french so thoroughly that he doesn't even think when he speaks.  He just talks.  And he is talking in full sentences.  (Although we catch the odd Arabic or English word thrown in every now and then...)  It is good to be a child. 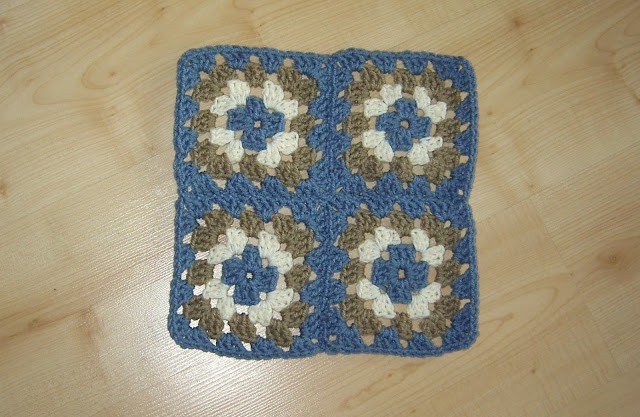 And I am finished crocheting squares and have moved on to sewing them together.  This particular pattern looks beautiful and I'm debating making another blanket with just this!  (I'm crazy!)  Anyhow, this is so exciting.  Fingers still crossed!

Hope you have a blessed day!

PS - I found this CD just last week and we've been listening to it non-stop in the car.  M particularly likes it for some reason.  Favourite tracks are 4, 14, and 16... oh and maybe 20 too I think?