weekending (and a little week's summary...) 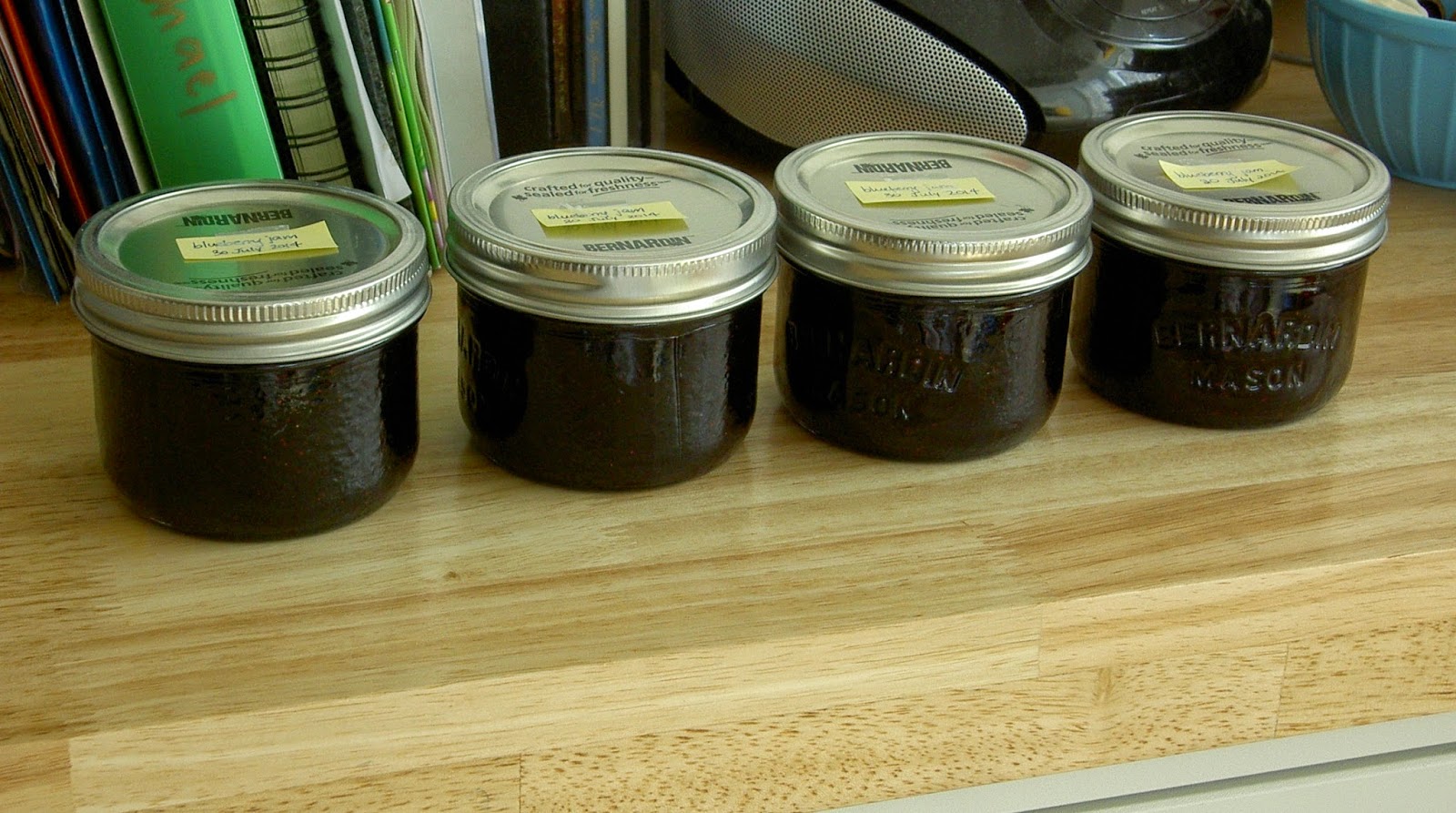 It's not one of those lazy Sundays.  You know, the kind where you turn your face up to the sun and bask in warmth wondering if you'll spend the next few hours sleeping, or working on that project you've been itching to start.  No.  Not one of those days.

It is a slower day, but there is work to be done.  As always of course, but this work is pressing.  The kind that can't wait.  It's food preparation of which I speak.  That and the unsanitary state of the bathroom.  Neither of which can wait very much longer.  However, since I am in between meals and am waiting for some dough to rise, I thought I'd pop in here for a spell.  (It was that or the bathroom, and I am prone to procrastination...) 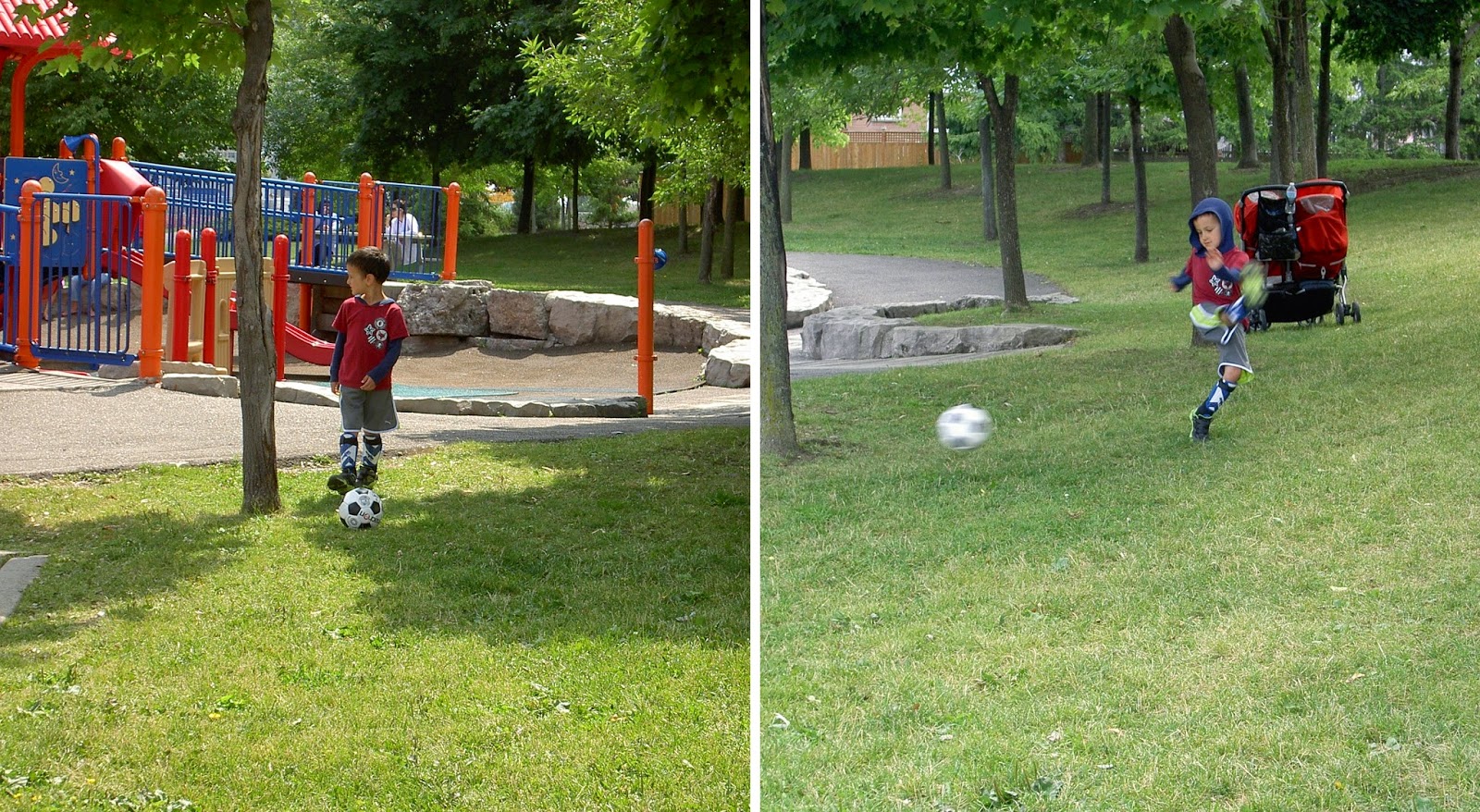 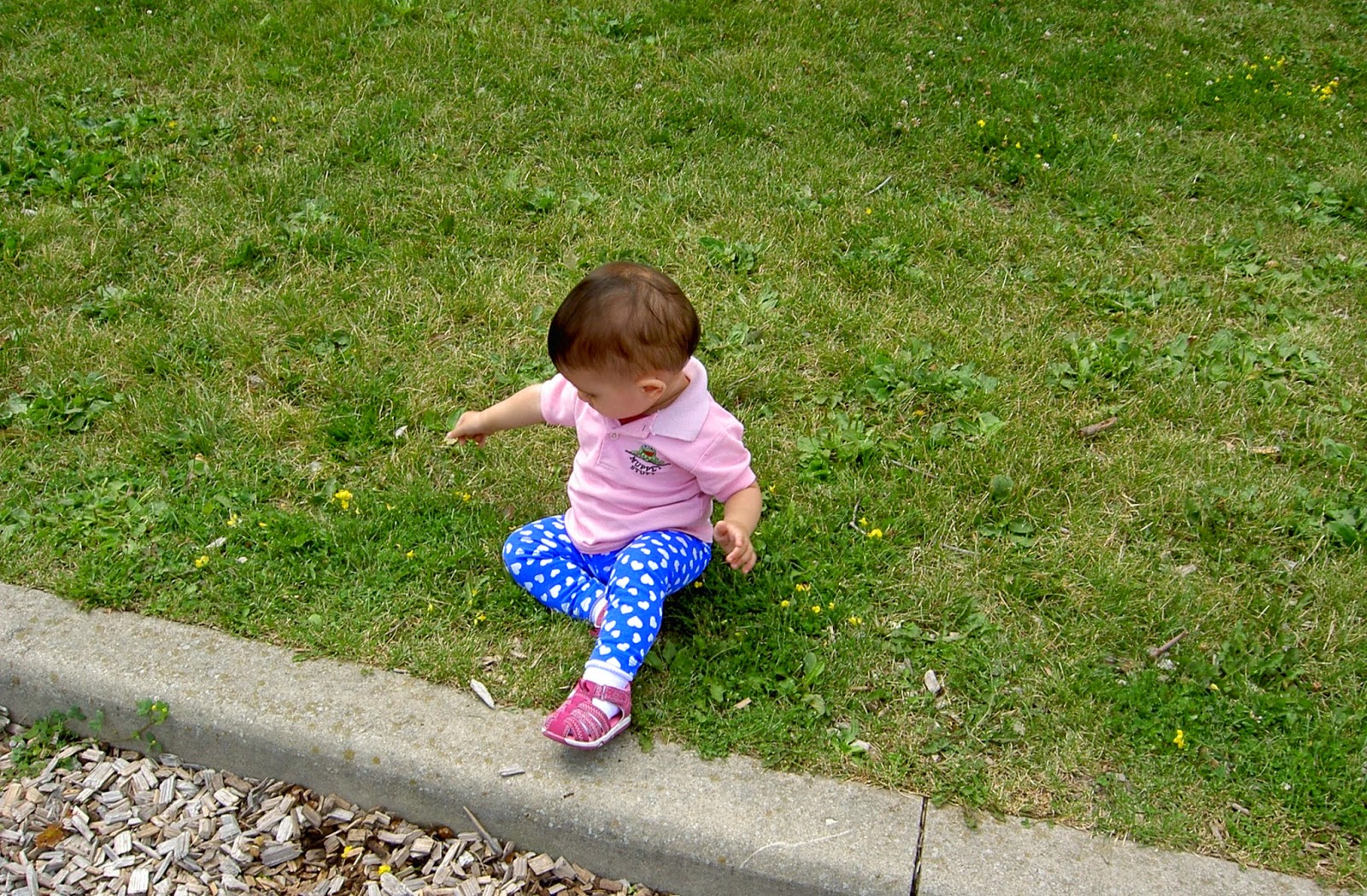 I love Sundays regardless of the pace.  For one thing, we are all together!  There is lots of wrestling (the boys), lots of cuddles (the girls) and lots of reading (always both).  Sundays always seem like a special day.  Somehow better than Saturday.

Anyhow.  We got one round of blueberry jam done this past week.  Hurray!  That was a bit of an unknown.  We will definitely be making more and probably in larger jars.  These will be for Christmas gifts.  (An impressive head start?) 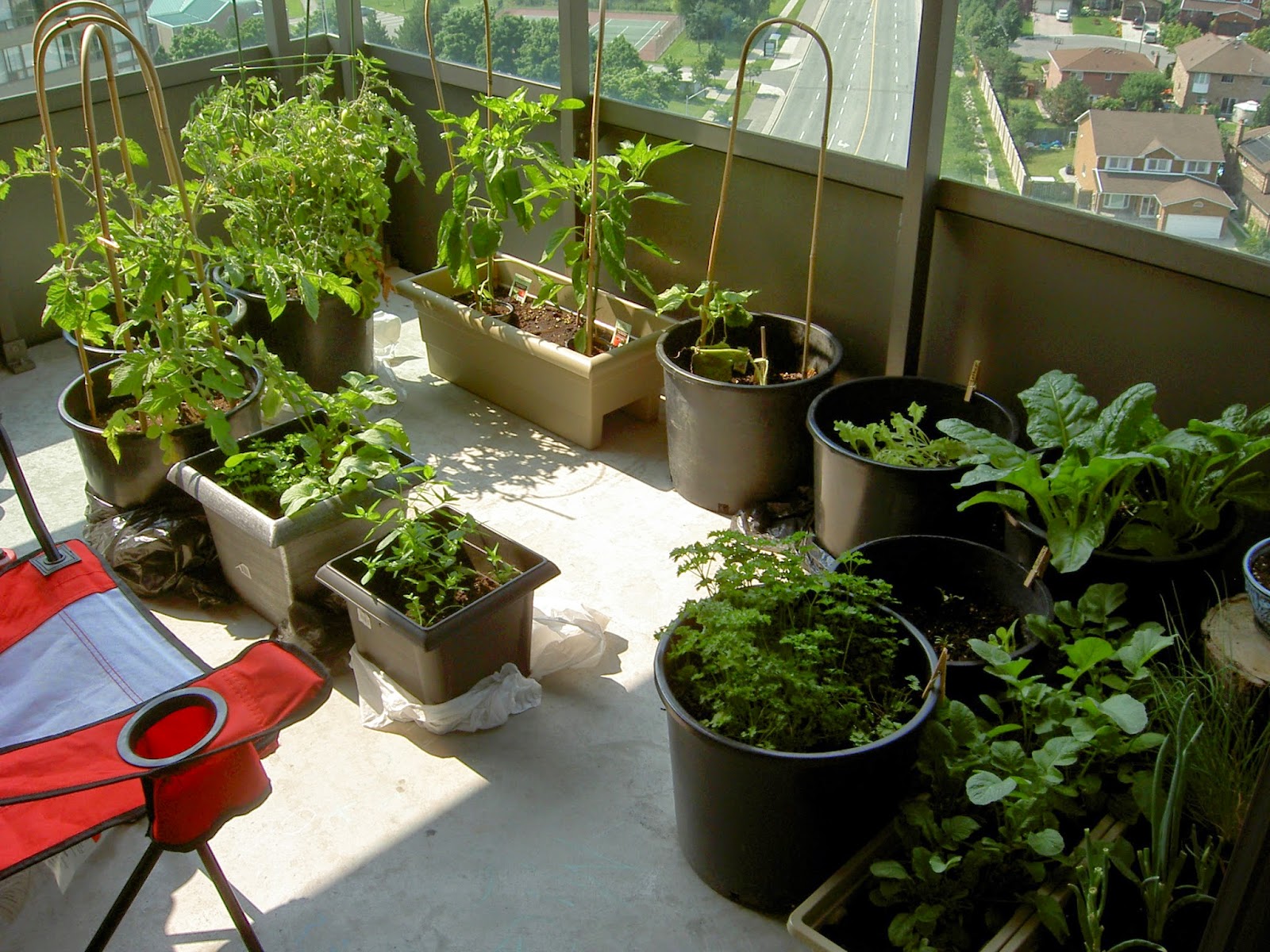 Our garden is still thriving, though I think the cucumbers have cried uncle.  My mom swears by some organic spray... maybe these guys are too far gone though.  I never claimed to have a green thumb and there is an orange fungus which has decided to make its abode in the pot alongside the stem.  I'm too embarrassed to photograph my casualties.  We shall see if this spray does anything. 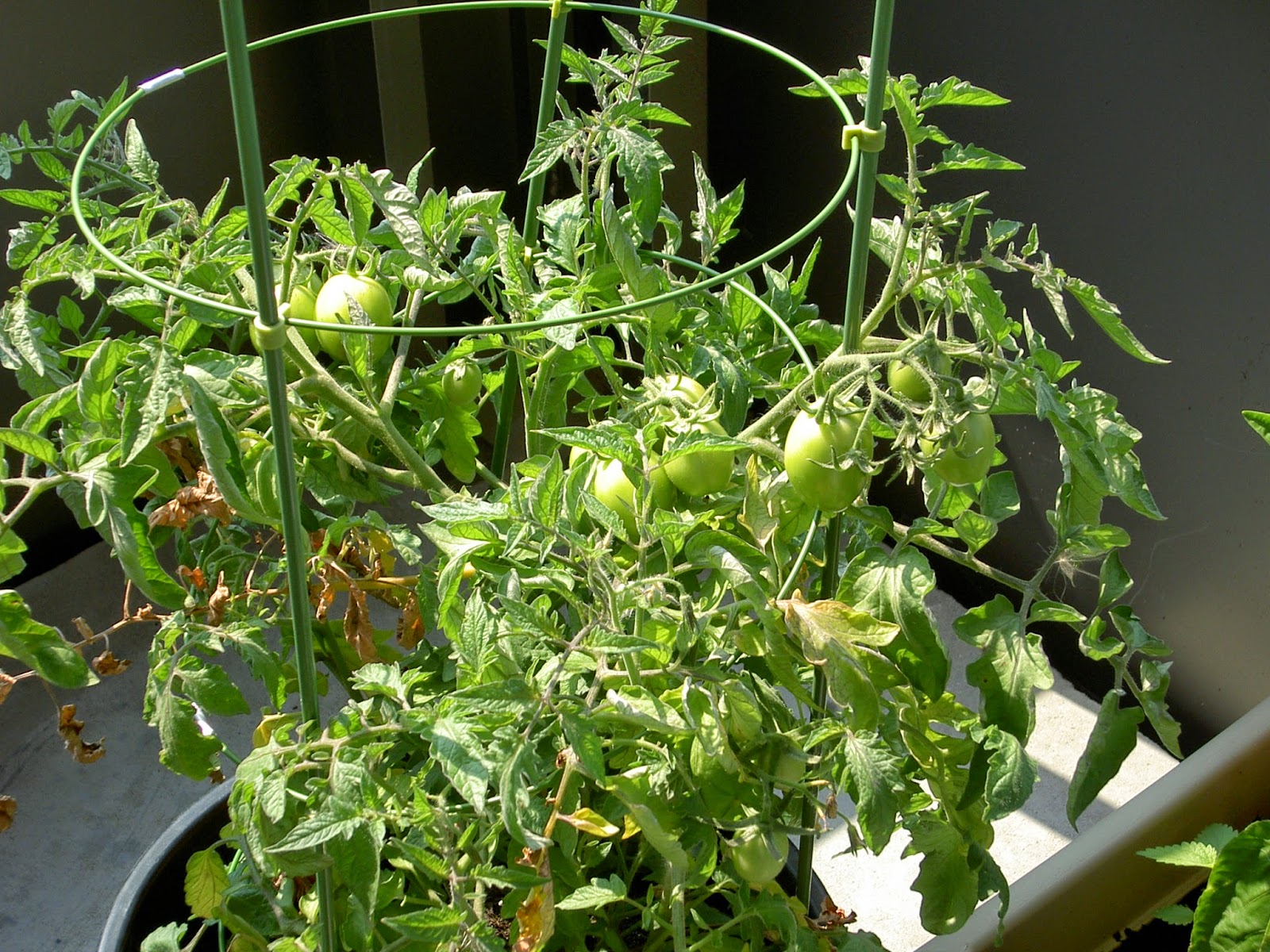 Everything else is ok, if not a little bedraggled.  ie: the tomatoes seem to be need an inordinate amount of water these days - they're constantly drooping even the vines not ladden with tomatoes, with some branches turning brown even.  At least that's on one plant.  The other is much better, though not drooping yet with tomatoes.  We staggered the planting.  :) 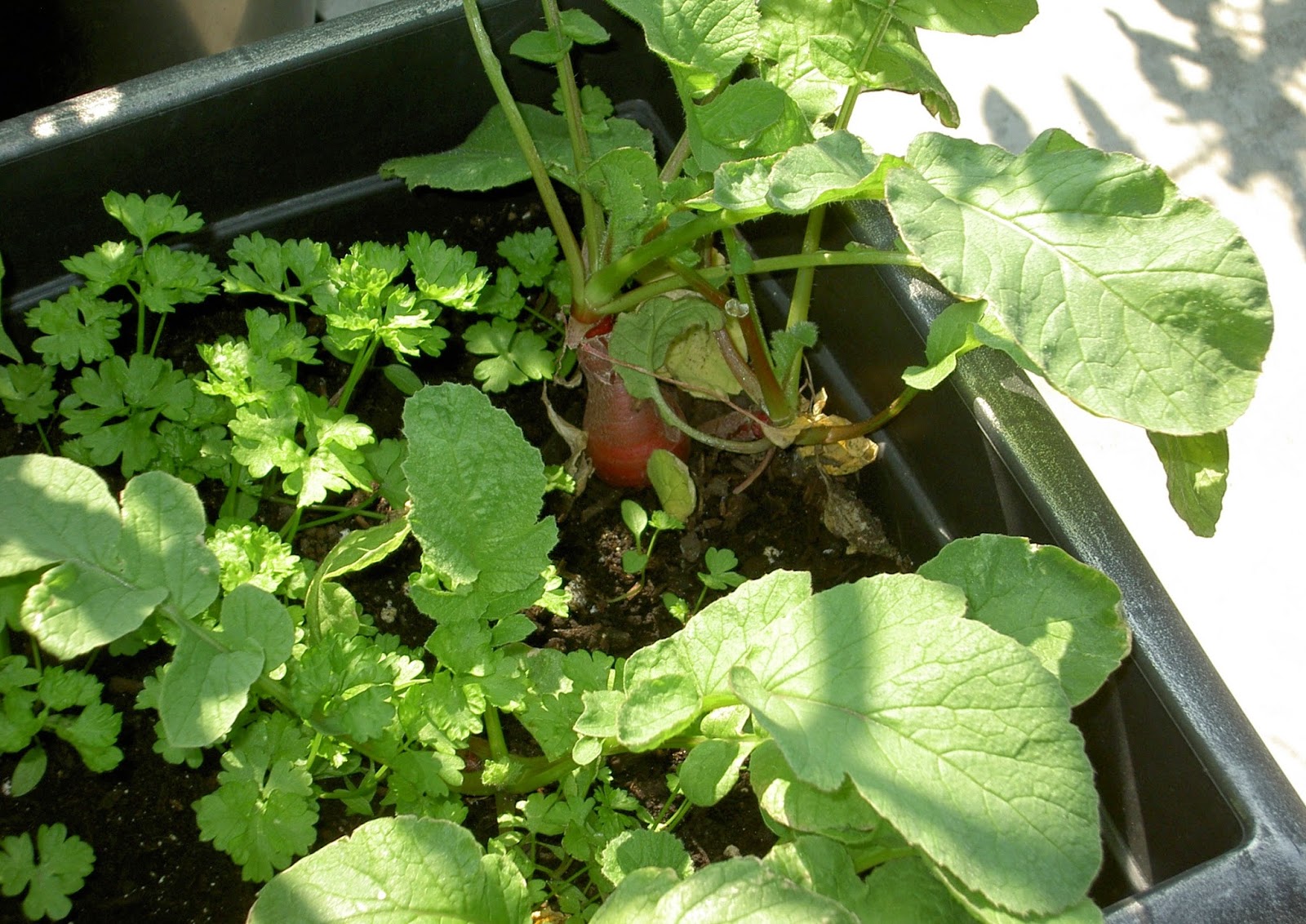 Spinach, parsley, lettuce (almost gone), onions, radishes all thriving.  That conical radish up there is gone by the way.  M picked it, washed it and gobbled it up all by himself.  He says it was quite tasty.  (His words.)

And the peppers.  Both plants have lovely green peppers hanging down.  I'm taking bets as to how long the kids will resist picking them off...

These are some picture of my older two doing their "chores".  I use the term loosely  because to kids their age, chores are not really chores.  They're fun activities they get to do cause Mom is so nice!  (I kid you not.)  Ah the golden age of 5-and-under.  When even work is fun and exciting!

I don't usually ask them to move mountains.  Just a few chores.  They each have their list on the fridge.  Since I started assigning tasks, I've felt a bit of a burden lift from my shoulders.  Really!  M is in charge of vacuuming his room which he loves (boys and noise!), washing off the table after meals, cleaning his room, and folding his own clothes and putting them away.  J is in charge of putting away the cutlery, dusting with Mom, cleaning her room, and folding and putting her clothes away.  S just helps us put away blocks and Lego.  (Incidentally, when we take out the blocks to build things, she comes along and promptly starts putting them back.)

Hoping that your work is as fun as theirs...