Now that we have shed winter coats, boots and other such gear, it seems the outdoors calls to us like a siren.  We spend a lot of time outside, especially on weekends.   The kids are exceptionally susceptible to this call.  Surprise, surprise.  They would spend every minute of the day outside if they could.  This is disadvantageous when living in a condo as outside is less accessible than it otherwise should be. And yet, somehow we manage. 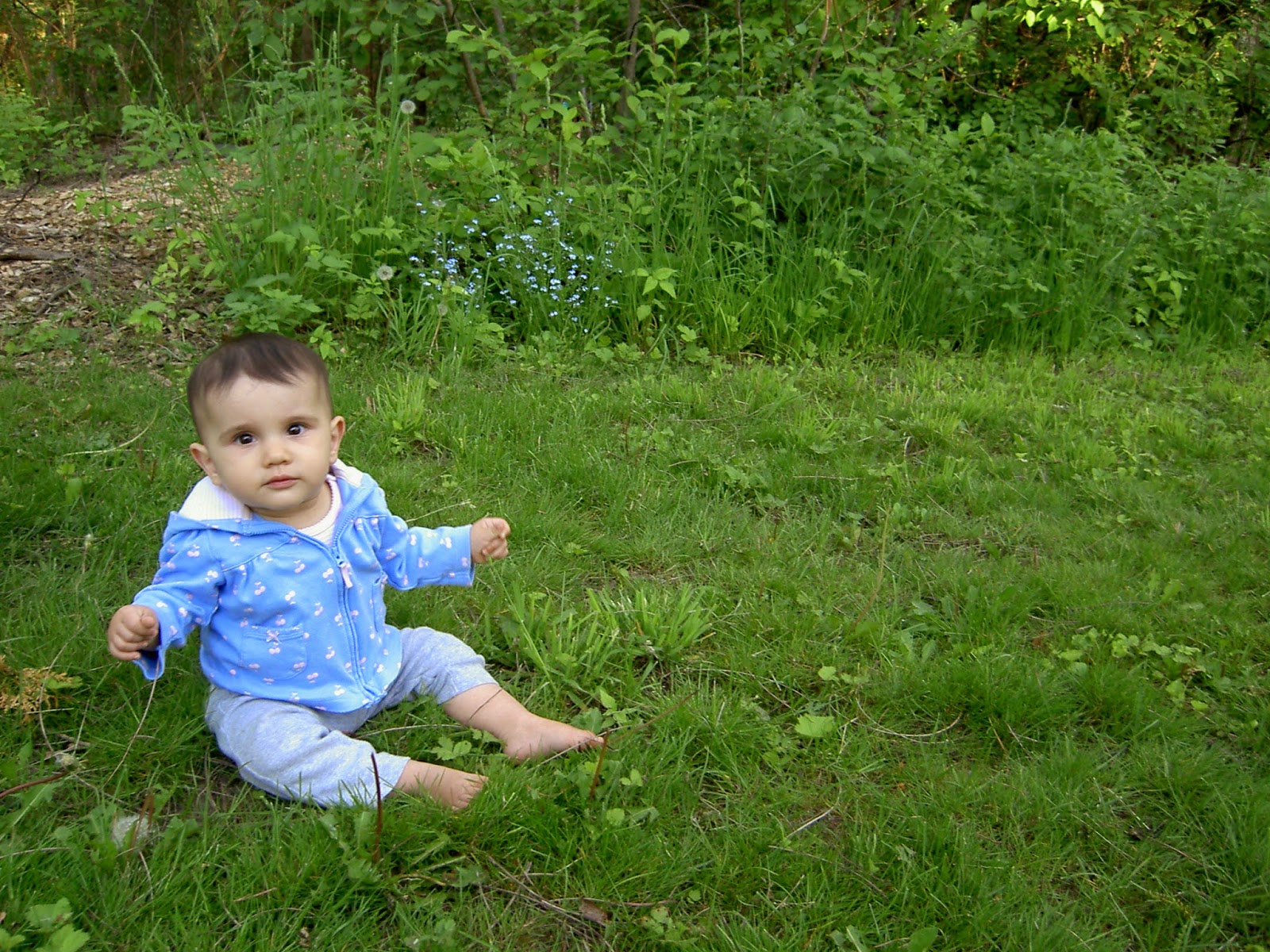 Our little balcony space is not quite blooming, but certainly sprouting.  With the exception of the radishes, which have exploded in greenery, most of our pots are sprinkled with green shoots.  Tiny leaves budding and unfurling.  The kids are so happy to be responsible for our "garden".  It doesn't seem like a big deal, but they are just tickled watching each pot and each seed .  Usually I have to supervise watering time... they like to drown each pot.  (M is not so bad at this - I find I can leave him at the end without many problems.) 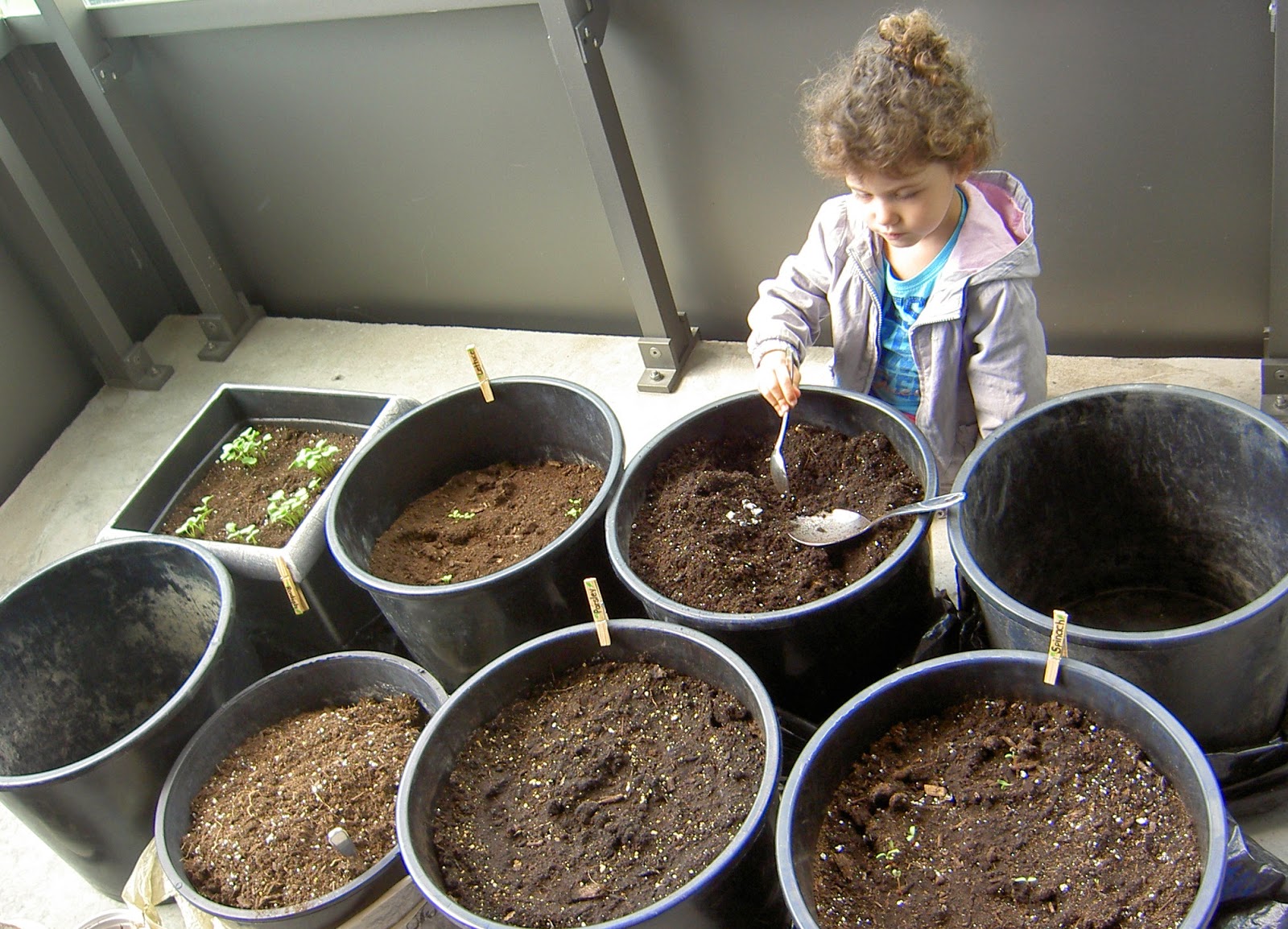 Sometimes I have to stop J from trying to dig up the seeds that haven't sprouted yet.  This is actually kind of funny.  We've lost some parsley and radishes in this fashion.  She totally understands that she needs to leave them be for them to grow, but the curiosity of children is strong in her and she wants to see what is happening.  If some of the vegetables don't make it, I guess we'll know why.  :)

We took the kids swimming today.  They love going to the pool and splashing in the water like little fish.  Maybe it's ambitious, but I'm hoping they will learn to swim this summer.  And if not, nevermind.  They'll learn when they're good and ready.   In the meantime we can burn off some of this manic energy that pervades our home! 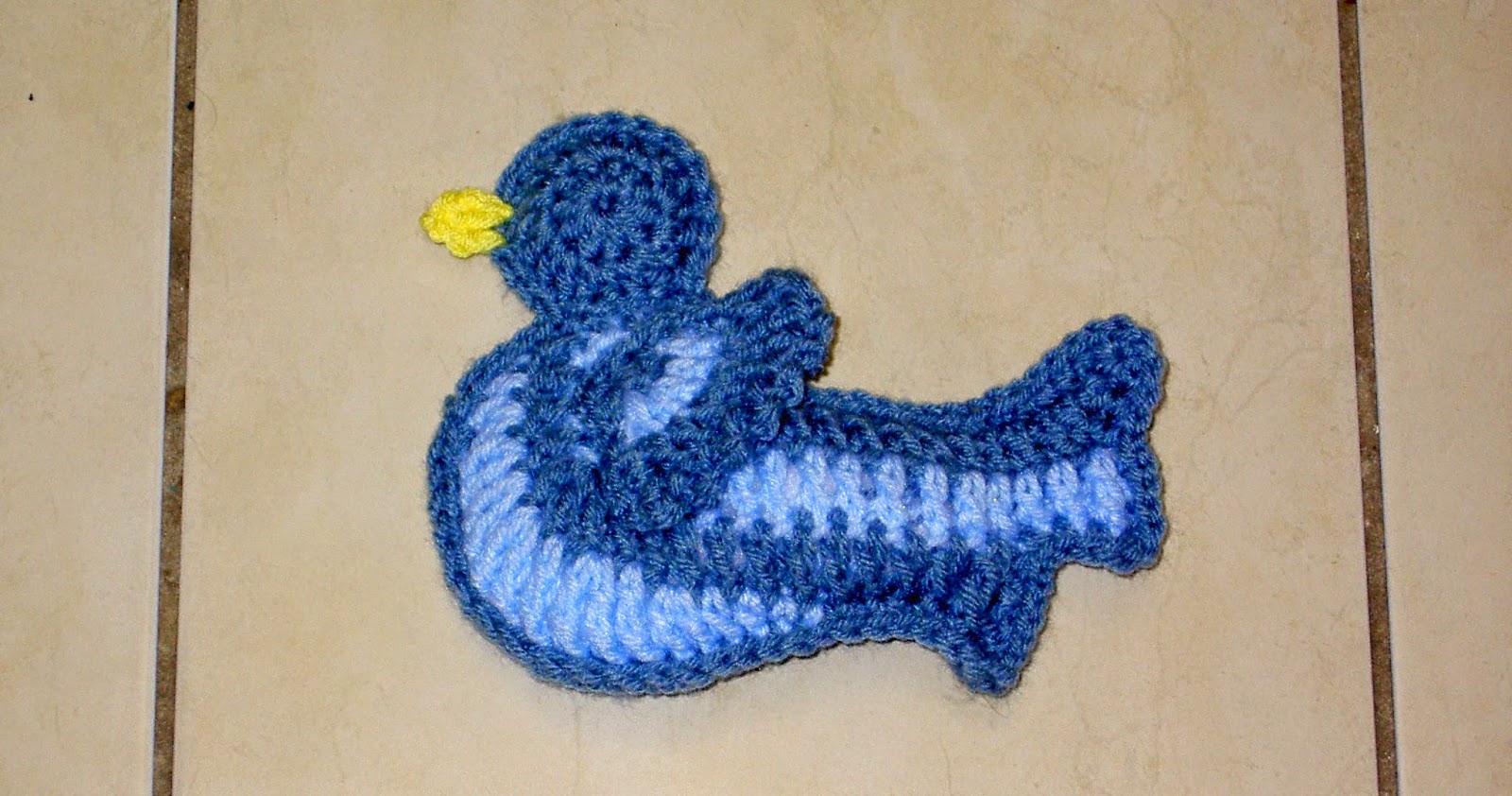 I have been bit by the sewing bug as of yesterday.  Not that I've had time to sew anything yet, but my mind has turned in that direction and I am planning several projects of that sort.  Actually, that's not true.  Strictly speaking, I have done a bit of sewing.  Sewing together some crocheted bits that is.  This little bird is quite sweet.  I wish I had chosen more than just blue yarn, but anyhow.  My bluebird is just waiting for his button eyes.  :)

I found a package of chicken breasts that was about to expire, so we made chicken fingers for dinner today.  It was a complete group effort.  M was breading them, I was frying them, J was supervising and S was the taste-tester.  Before we started, I realized we had run out of breadcrumbs - the Italian kind with Parmesan cheese.  At first I panicked.  (I have three hungry kids and it's 5pm and I don't have breadcrumbs upon which my dinner depends!!!)  Then I calmed down and we improvised.  We mixed flour, a little salt, baking powder, and garlic powder.  They really were delicious.  Like a healthy version of McDonald's nuggets.  Someday I'm going to try breading them in ground chickpea flour instead of wheat flour.  Should give it a nice crunchy coat.  Anyhow, we had happy, amiable children at our table this evening! 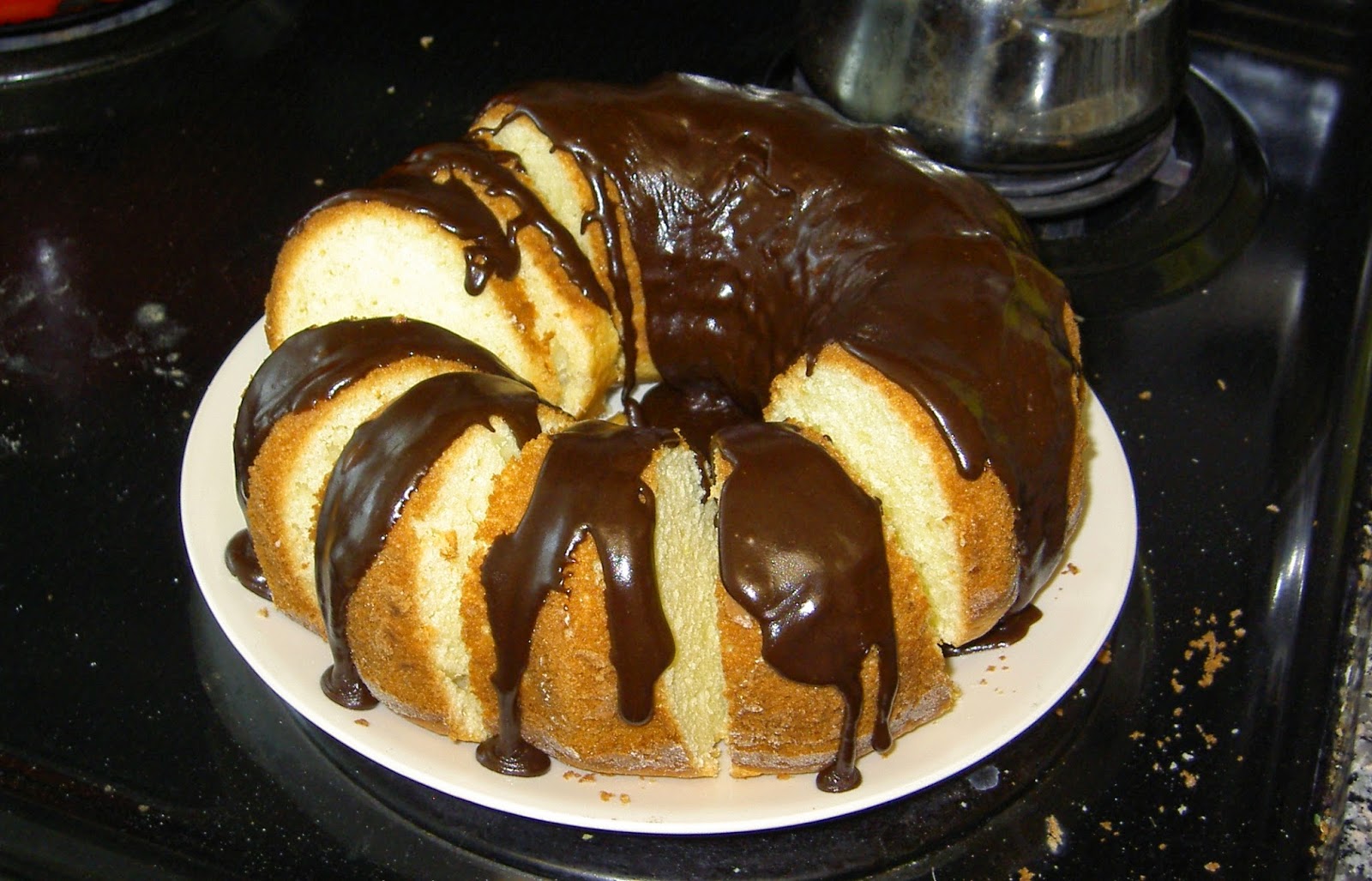 The cake was our treat.  It's my mother-in-law's recipe and I haven't made it in a little while.  This time I skipped the chocolate marbling and stuck to lemon zest instead of the orange.  Next time I would hold off on the chocolate drizzle though.  It just isn't necessary.  (Done purely for the kids.)  The cake really is glorious on its own.  It's the kind of cake that actually tastes better the next day too.  Put it in a container in the fridge, then take it out next day and taste how much more lemony it has become!

I realized today that I don't think it's worth the effort to keep the house spic-n-span all the time.  (Can you imagine the stress and exhaustion levels!?)  That being said, I will probably turn my efforts to cleaning in the next few days.  Slowly but surely.

Hmm, perhaps I should make the distinction between messy and dirty.  For the vast majority of the time (floors notwithstanding) our home is clean.  Tidy however is something I feel I can only aspire to in another lifetime.  Rare is the moment when I walk through a tidy home.  However, the feeling evoked is momentous enough to carry me through the rest of the time.  Mostly.

On that happy note, I wish you a restful and peaceful night.  May it be good!