The kitchen is the heartbeat of our home.  There is always something going on here.  Always a gathering of bodies, foods, projects.  Here is some of the cookery we've been up to during the week...

:: Chocolate chip muffins.  A kid-suggested project to be sure.  Actually, my girl suggested cookies, and I modified to muffins.  I wish we made blueberry instead of chocolate chip.  Next time.  For the record, we are (apparently) trying to fit in as many sweets as possible before Advent starts on the 15th!  Stay tuned for sugar-high updates... 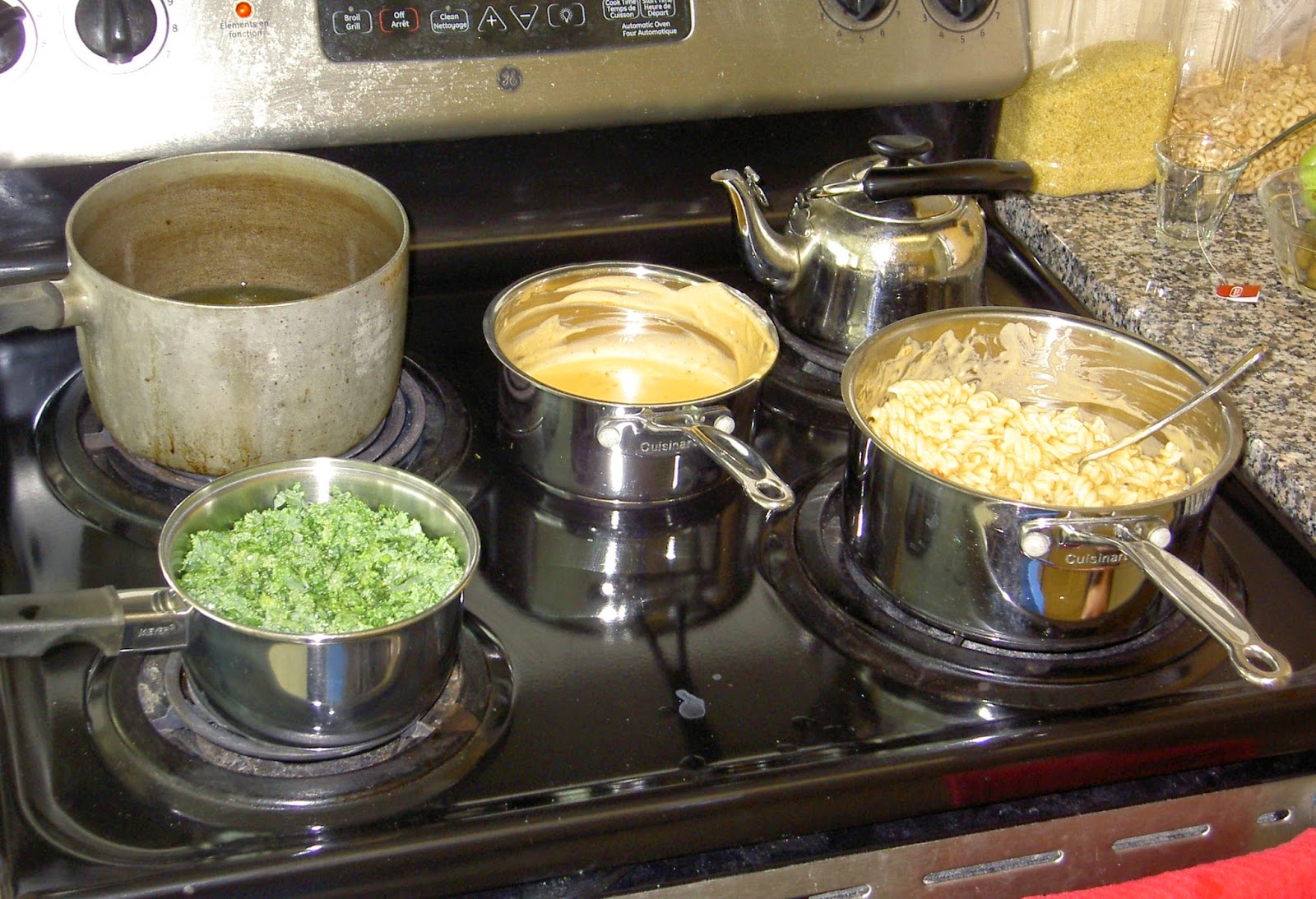 :: I was trying to add some veggies to our regular mac n' cheese.  Had some kale that needed
eating up, so I tried it.  Not the greatest.  And I think it was due to the fact that I didn't cook the kale long enough before draining and adding to the macaroni.  Live and learn. 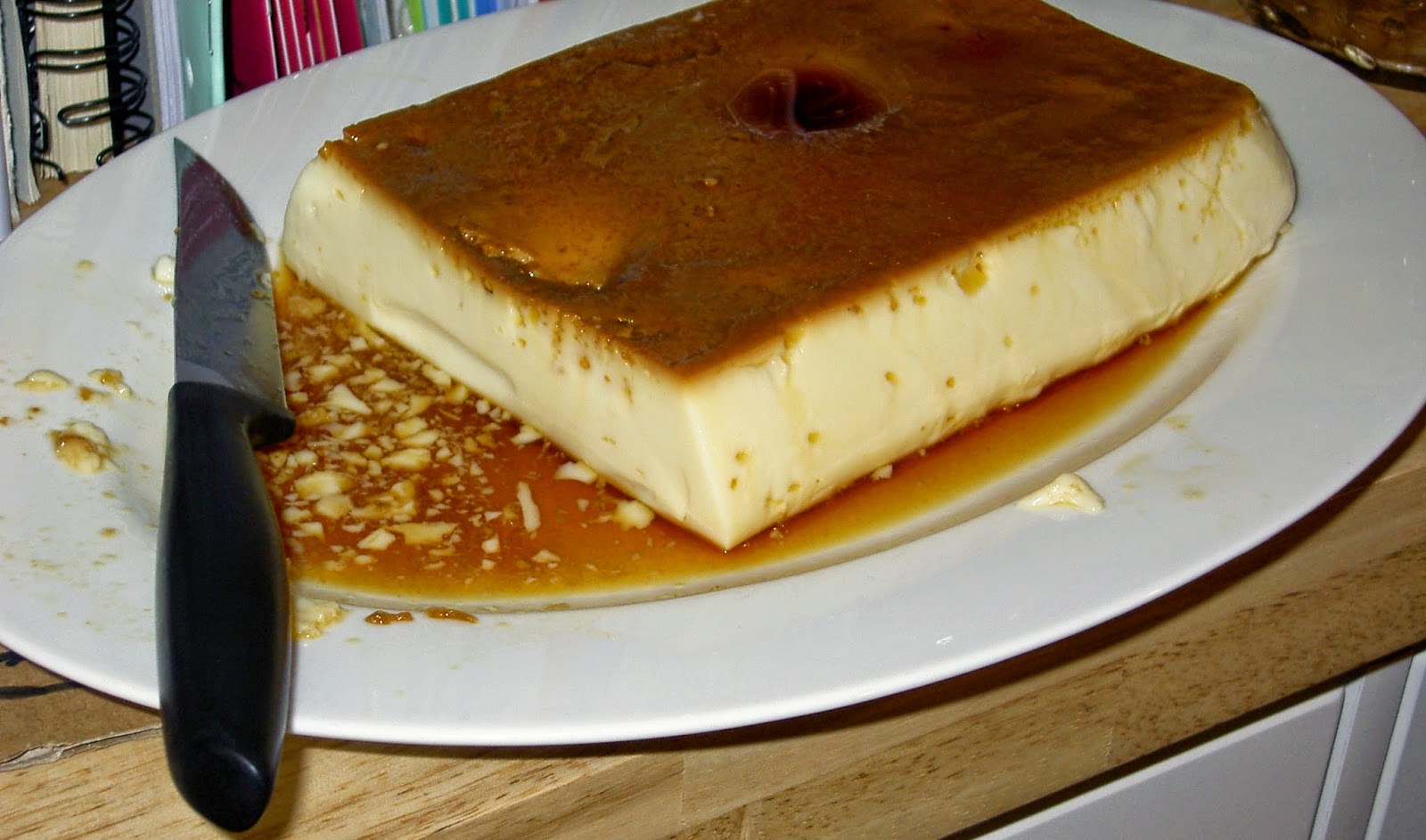 :: This epic crème caramel was, my Teta's recipe.  I promised to post it and I've finally come through!  (Hurray!)  I have been playing around with the technical aspects of the recipe and finally got one of the smoothest custards ever.  The trick?  Take it out before it looks finished.  I promise, it actually is.  In fact, I could have taken mine out even earlier than I did since, as you can see, there are little holes forming throughout the custard... we don't want those, obviously. (I left it much longer than 60 minutes.)  This recipe is for a casserole caramel, but it looks much nicer in photos if you do them in ramkins.  Unfortunately you'd have to adjust the cooking time from what I have here, and I haven't tried it out, so I can't really speculate.  (I imagine something closer to 30 minutes would be fitting?) 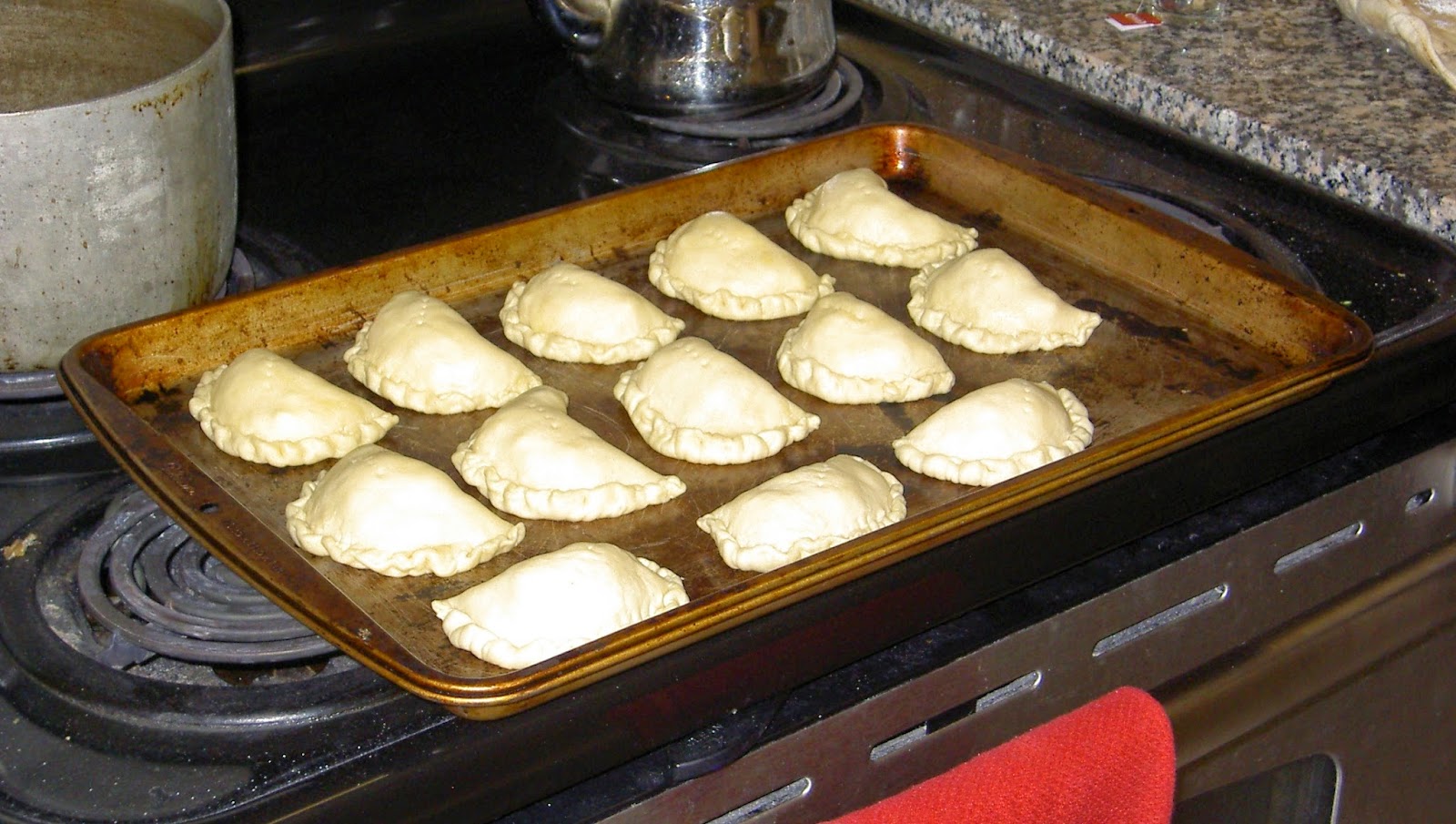 :: Cheese pies.  Filled with a mixture of feta and mozzarella.  Perfect for kids on the go.  Haven't made them in a while, but I'm so glad I finally did.  I had some frozen dough that I wanted to use up.  I think next time I'll make these spinach pies.  Yum!

Have a great weekend!

Heat oven to 350 degrees F.  Take ½ cup sugar and melt in pot until it caramelizes into golden or amber liquid – don’t stir and don’t brown too much.  (Lower temperature when mostly liquid, but keep heating until there are no lumps or grains left.)  Pour this liquid sugar equally into the bottom of both pans, swirl to coat evenly and set aside.

Put milk, vanilla and 1 cup of sugar into a large pot.  Scald the milk (heat until hot, but not boiling) then turn heat off.  Put eggs and ½ cup sugar in a large bowl.  Whisk until well combined.  Add milk bit by bit in a very slow stream to eggs, whisking constantly.  (Don’t add quickly or you’ll cook the eggs.)  Strain mixture through a large sieve, then pour into to the two pans equally.

Place 2 pans in a long baking pan (with high edges).  Fill the baking pan half-way with hot water from the tap.  Bake in oven until a toothpick comes out clean when inserted into the centers – about 60 minutes, but check often around the 45 minute mark.  The centers will jiggle like jello, but don’t worry they will firm up upon cooling.  The surface should look smooth with a slight golden colour, but no bubbling or curdling around the edges.  (If you overcook the crème caramel it will curdle and have a cottage cheese-like texture.)

Remove from baking pan and let cool to room temperature.  Place in fridge to chill.  (Can be stored in the fridge for a day or two if needed.)  When ready to serve, run a knife around the sides to loosen.  Place a deep serving dish on top of loaf pan, invert quickly and give it a gentle shake to unmold.    What you should have is a light caramel custard surrounded by a pool of golden caramel sauce.


Joining Heather and friends for This Week In My Kitchen blog hop.
Posted by alexa at 11:02