Cookery and some yarn projects 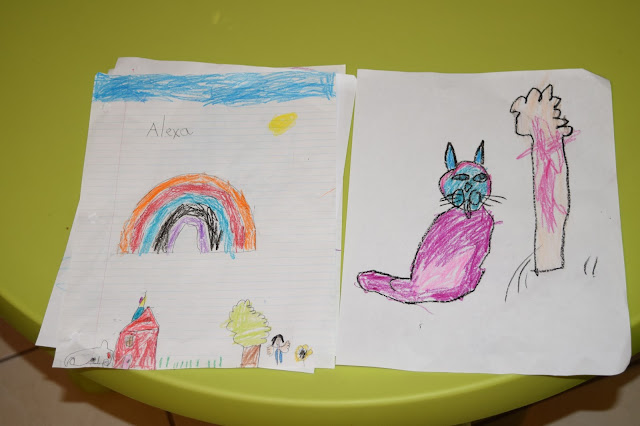 I've been finding that life is pretty messy these days.  It gets to me insofar as I feel powerless to do anything about it, but otherwise, I have been trying to embrace it more.  (Hurray for progress!) 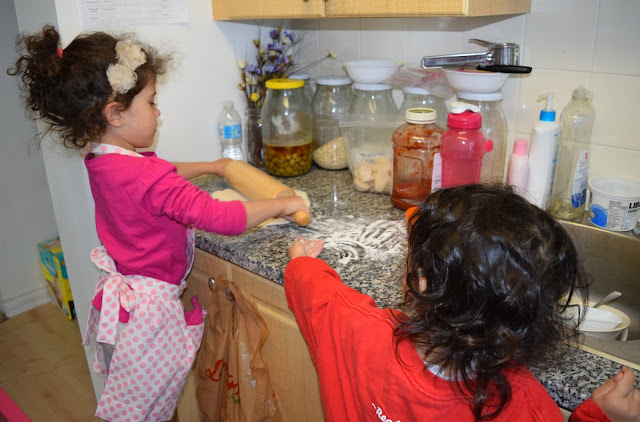 The kitchen is still our main hub of activity.  Food is always needing to be made, eaten or preserved.  We have been on a bit of a pizza spree for the past month.  Translation: we've made pizza about 4 times so far.  This is a spree for us.  I think this is mostly because I've been wanting to perfect a pizza recipe for a while.  I took a base recipe and tweaked it a bit here and there.  I don't remember where I got the original recipe, but with the modifications, it's a really great one.  (At least we think so here...)  Anyhow.  You can bet my little sous chefs have been involved in these adventures.  In fact, on Saturday they made the pizza themselves.  I did the dough and then took a nap while it was rising.  Afterwards, I gave each kid a lump of dough and they did the rest.  It was actually pretty neat sitting back and letting them go.  I have to learn to do that more often.  I thought J would have problems with the rolling, but she was great!  All her own elbow grease and no mama help.  Just what a 4-year-old needs for confidence! 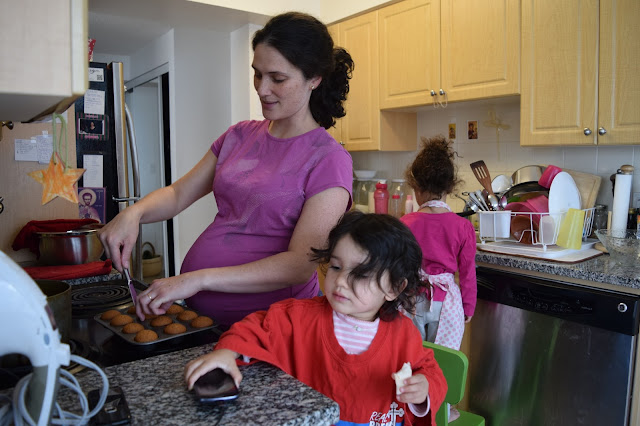 By the way, making pizza is messy, even without kids.  Imagine how much more so with the kids doing the work.  That's part of what I mean about life being messy.  And I'm ok with it.  Because hey, my kids made dinner for me!  And because they were happy doing it!  And because learning to take care of themselves and others is a priceless skill.  (We just need to work on the clean-up part afterwards...)

Right now in the kitchen, a pot of soup is simmering on the stove - a savoury beef and chunky vegetable soup.  Just the thing for a crisp, cold autumn day.  Also, precious little can beat a good bone broth in my books.  We also have a tray of granola cooling on the counter which S and I whipped up this morning.  This time, we're trying granola bars, not just the usual loose granola.  (It's a first for me.)  I figure we'll be needing some snacks for around when baby decides to debut.  We put in peanuts, raisins, and dark chocolate chips.  (My kids will eat anything if it has chocolate chips inside, so I try to take full advantage of that fact.)  It looks like they turned out great, so I just need to package them up and store.

Outside of the kitchen, M has some upcoming projects for school.  This has kept us busy and promises to do so for the coming week.  Thankfully, we have split things up into manageable chunks instead of cramming it all into one day.  But still, I've promised myself that I'm throwing in the towel after this!  (Hello, new baby coming!)  I miss my quiet, uneventful routine!  Waaa! 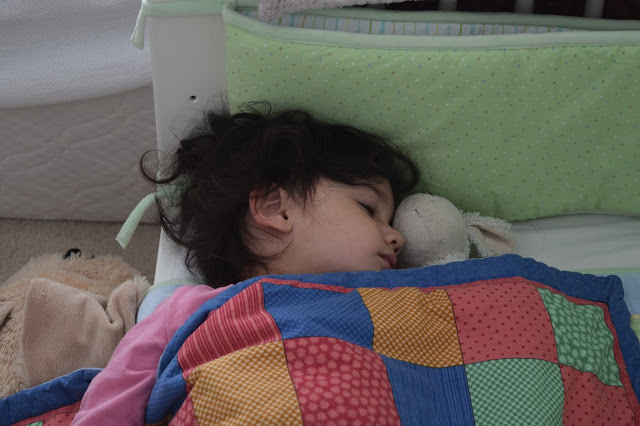 I've gone back to knitting.  That is, I've been alternating between crocheting some hooded cowls and finishing the sweater for baby.  The cowls will be Christmas gifts, so I won't share them here.  I am happy to have at least a few handmade items for this year.  I don't think we'll come close to last year, but that's ok.  There is still time and lots of love to go around regardless.  I don't know if I mentioned it before, but my darlings unraveled most of my previous knitting.  I couldn't salvage it, so we finished the job and I started over.  Thankfully, I sized it properly this time around.  (It was too big before.)  I have made a note to try and keep my knitting out of reach for now, but I do like to take it out at frequent intervals when I need to sit down, so it always manages to end up on the side table or sofa.  I am tempting fate, I suppose.  But those little hands are curious, and those little brown eyes so sweet and honest when caught unravelling stitches.  Somehow, I didn't mind as much as I thought I would. 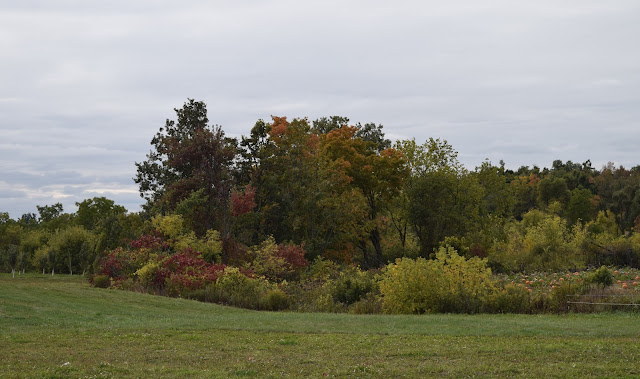 And since it feels like this blog sometimes reads like a to-do list, I thought I'd add that I am looking into putting up some pumpkin and squash before the season finishes.  It's just so nice to have some on hand for soups in the fall/winter.  I'm starting to genuinely loathe canned food.  And it's not only about the taste, although there are worlds of difference in taste between fresh/dried/frozen vs canned.  When I read about what they line the cans with, I think to myself, "No wonder we're struggling with all these health problems!"  There is something to be said for putting nutritious, wholesome, real food into our bodies.  And that desire is fuelled even stronger when you are responsible for little ones.  Every season, every year, we try to do something else to further our journey towards eating properly and truly enjoying God's bounty.

Now if only I can motivate myself to exercise a little more!  I suppose running around after 3 will have to suffice for now.